Introduction: In the February edition of the YELF Book Club Meeting, we discussed Troy Onyango’s “For Sale(Tears to Fool a God)”. The story explores themes of survival, grief, reincarnation as well as the re-evaluation of grief and mourning. It exposes the superficial and hypocritical nature of our society and questions the status of our economic and sociocultural reaction to the notion of death.

Moderator: This is really a strange story. It brings to mind the different degrees of grief depending on a person’s relationship to the deceased. Here lamentation is an art. A performance to get paid for. What’s your idea of this story, and do you think it is right make a living out of the misery of the bereaved?

TJ Benson: If I didn’t know the author I would think the story is fictional. It’s only in Nigerian films that I see hired wailers but apparently, it’s a real thing across Africa. As for getting paid, I don’t know. I know it does bring comfort to the bereaved.

Moderator: I read somewhere that there’s a culture of hiring mourners even in China and other Asian countries, ancient Egypt and in some African countries. In fact, in UK, there used to be a company “Rent a Mourner” that enabled families to increase the number of guests at a funeral by hiring actors to play roles. It is even some form of custom in Western Kenya today, particularly the Luo-speaking part.

Salman Abdullahi Gwani: The topic of discussion is rather funny than tragic to me. I mean, it really makes no sense or should I say, it is absurd and disrespectful to the deceased to pay someone to lament for them. I’d think we don’t do that because of the bond we have for family and community and for the fact that a culture of hiring mourners contradicts our belief of the sacredness of death and grief.

Moderator: The culture is deceptive.  If you look at it, you’d see that one of the reasons people seek the services of professional mourners is to make the deceased look like he’s more popular than he was when alive. In Luo society, people believe that the louder someone is mourned, the more befitting the sendoff to the underworld is. But professional mourners believe this is just a job they are being paid for. Like the story says, the key to being a professional mourner is to be less concerned about the details of who is dead, why or even how. The only thing professional mourners need to do is to keep a distance and mourn like they were close to the deceased: to create a façade, act on it and sell that façade as truth. This is at best opportunistic, and at worst, insensitive. But this brings us to the bigger issues in the story: poverty and survival. These guys just want to survive at all cost. The dead may be dead, but the living are still alive and must survive, right? After all, we keep reinventing ways of surviving, seeking opportunities to invest and services to render for a fee. These professional mourners have a skill to offer and they get clients that engage them, so why should they be looked at differently from the regular employees who go to work at 9am and close 5pm daily?

Mohammed Aliyu: Yes, I agree that it is a business. We have seen this business boom in nearby Ghana. This group call themselves “ceremonial mourners” and they get paid to celebrate the dead like heroes, even when they are not; just like it is done to military officers when they kick the bucket. The hypocrisy! At what cost? For a person no longer living?

Salman Abdullahi Gwani: On making the dead look popular by hiring professional mourners, I believe it is something to be reckoned with. But what is the utility of investing resources to make someone that is already death popular? Wouldn’t it have been better to use those resources to make his life better when he was alive?

Moderator: We all know that there’s a culture in Africa that shuns silent mourning. Mourning in Africa has to be loud, boisterous and public if not we feel we have not done enough for the deceased. It’s surprising, the show we make while celebrating a dead person. Adichie in her Notes on Grief says that “there’s value in that African way of grappling with grief, the performative, expressive outward mourning.” I don’t want to dismiss this custom as hypocritical, because it is some form of a culture in some societies now, but like Salman said, what really is the point of celebrating someone who is no longer living? Are we doing it to pacify our grief and thus feel better about our loss or to celebrate the life of the dead to whom that actually has no use?

Salman: The whole system is confusing now. It depends on the individual and also the culture. While some cultures believe in life after death, and thus any ritual in honour of the dead definitely has significance in their successful passage unto the afterlife, others just celebrate the dead to atone for their personal grief, their guilt, and their regrets at the loss of the deceased. Technically we have no idea what afterlife looks like – no one has experienced it before. So what is the point of planning for the dead while we could have done same while they were alive? I can recall when I was a kid, funeral grounds used to be sacred, a place to avoid because it used to be sorrowful and emotional. But now, the reverse is the case. People even attend funerals just to eat and chat. Some talk business at the cemetery when the dead is being buried.

Moderator: Yes. Things have really changed. And I believe urbanization plays a key role here. Now, we even see people cashing out on the dead, which isn’t totally a bad thing to me. Look at Ghana’s Dancing Pallbearers, now famous and rich with this profession of mourning. I guess humans generally are looking to make ends meet. And if meeting those ends involves using death as a means, why not? The increasing poverty rate in Nigeria and Africa has necessitated the search for odd jobs like professional mourning. And with the poor economy now, we should be prepared to see even stranger means of survival in the future.  But in the end, I believe life is for the living and humans should be allowed to survive as long as what they are doing is legal and hurts no one.

That was the proceeding of the February edition of YELF Book Club Meeting. Thank you for participating. 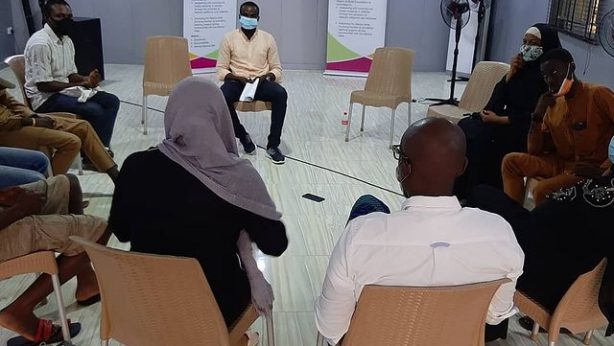 Introduction: In the March edition of the YELF Book Club... 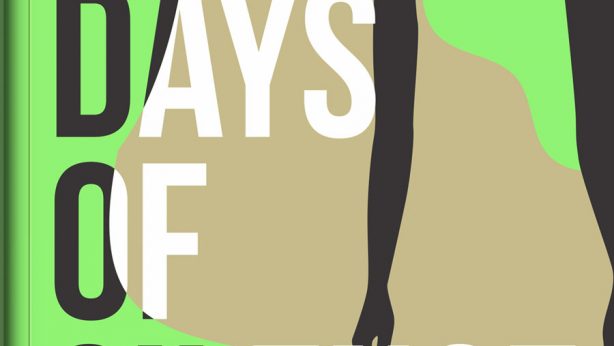 Angel is a Nigerian writer and poet. She is from...